Why has the National Trust run out of steam at the Birthplace? 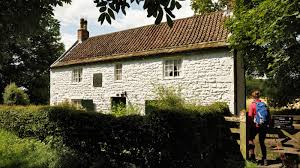 I have never understood why we do not make more fuss of George Stephenson. And now, to add insult to injury, National Trust has shut down his Birthplace on the waggon way at Wylam.

His statute in Neville Street is lost amongst the roadworks and, for some absurd reason known only to the sculptor, portrays him in classical fancy dress. The engineering works in Forth Street is neglected and his house in Killingworth is closed to the public. The so called Stephenson Quarter takes his name in vain. If you want to find out about George Stephenson, head for Chesterfield, where he ended his days and where he receives due honour.

As so often, I blame Margaret Thatcher. She is reputed to have never travelled on a train the entire time she was Prime Minister. Railways were deeply unpopular. In those far off days, we were bequeathed the National Glass Centre and the International Life Centre. It would have taken a brave man to propose the World Railway Centre but no one could have argued with the claim. Railways were born in the North East and George Stephenson was their Father. His 4 ft 81/2 inch gauge was adopted throughout the known universe.

George Stephenson ranks in the top one hundred Great Britons of all time. His face appeared on a five pound note even though he did not build the Skerne bridge pictured alongside him. Every schoolboy knows his name.

Stephenson’s story was embellished after his death by that great prophet of Victorian virtue, Samuel Smiles. Amazingly, his best selling biography of George was the standard work for over 100 years.  As a self made man, Stephenson was the  perfect example of Smiles gospel of self help and that is why the Birthplace is of such interest. Although the bulding  looks impressive to anyone walking, running or cycling past the door, the Stephensons and their six children only rented one room from the mine owner in Wylam who employed George’s father. We know very little about these days though this did not stop Smiles making up a story or two.

The Birthplace shows how mining families lived in the late eighteenth century. Visitors are amazed that the family all slept in one four poster bed, which has a truckle underneath for the younger children, and drew their water from the river. Worldly wise school children  express surprise that the family grew to such a size.

George never went to school and only learned to read and write at night school in his late teens. “ You can make your fortune even if you skip school” I tell then children to their parents disapproval on my occasional days as a volunteer guide.

As Adrian Jarvis points out in his reassessment of Stephenson’ career, he was lucky enough to be in the right place at the right time. Coal could not be transported by canal from the rich seams of  the Northumberland and Durham coalfield. When most of the available horses were requisitioned for the Napoleonic wars, the mine owners needed to innovate and trusted the dependable young Stephenson. He built on other peoples work and was neither an outstanding surveyor or engineer, despite what Smiles might say.

George Stephenson grasped the potential for railways to carry people and had the vision of a joined up national rail network. After his success with the Stockton and Darlington and the Liverpool and Manchester railways, Stephenson became the ‘must have’ person to establish the credential of any new railway line.

He shrewdly bought mines and quarries near the new lines that accrued in value and ended his life as a wealthy man in a small stately home on top of  extensive mineral rights. He was lucky to escape being brought down along with the fraudulent railway entrepreneur George Hudson. In fact, he was the kind of calculating businessman sailing close to the wind that Margaret Thatcher might have admired.

So why has National Trust closed the Birthplace for this coming year without warning or consultation?  It is supposed to be a pause to evaluate how to make the best use of the property by engaging some university students to come up with bright ideas.

The Cottage is at the end of a long chain of command where the new smart tills have yet to be installed. It is poorly marketed and out of touch with the local community.  The café provides the best bacon rolls for miles around to anyone passing by and the staff sell more raffle tickets than any other property of comparable size.

The answer is to invest in the Birthplace and build on the growing interest of the Great North Exhibition in 2018 when Stephenson’s famous Rocket is rumoured to be returning to the North East.

The National Trust is a wealthy organisation. It should look after the little gems like the Birthplace, Cherryburn and Washington Old Hall and not just put resources into corporate development and blockbuster attractions. In a fine turn of phrase, National Trust says it will not “engineer” all its properties in the same way  but “ leave room for the application of common sense and discretion.”   Think again National Trust because we want, perhaps late in the day, to praise our famous sons.

Awards for people who stand up for their beliefs : first winners announced

We all love awards ceremonies  and so this morning I am  launching my own awards and will from time to time announce the winners in this column.

Hepburn’s Heroic Awards will be bestowed upon those rare people who have the courage of their convictions and the bravery to defy the so called ‘will of the people’. Readers are invited to nominate heroes but should be aware that I have the casting vote. Today I can reveal the names of the first three award winners.

The bronze award goes to Gateshead Council whose members last week unanimously voted not to welcome President Trump to a town which J B Priestly famously described  in 1935,  as appearing “to have been carefully planned by an enemy of the human race.” The Donald could not have tweeted it with more spite.

The President is rumoured to have set his heart on a round of golf with Her Majesty at Balmoral and it is not known if Gateshead figures on his itinerary. But hurrah to the Councillors for making their position clear. Gateshead has the second highest number of Syrian refugees in the country and the Council is right to show solidarity.

Some will say this is meaningless gesture politics but I do not agree. The President’s now infamous executive order will cost the lives of refugees waiting for safe haven, Amnesty says, and every small act shows our disapproval of the inhumanity and thoughtlessness of the White House.

A speech in the Palace of Westminster was much more likely to be in President Trump’s sights but last night John Bercow used his right as Speaker to ban him because of Trump’s “sexism and racism”. Bercow gets a last minute bronze award too.

The silver award is hung round the neck of Newcastle North MP Catherine McKinnell for being the only North East Member brave enough to vote against triggering Article 50 last week. The Hush Puppy award for lifetime achievement goes, of course, to  Kenneth Clarke,  for being true to the European ideal.

In his speech, Clarke referred  back to Edmund Burke’s classic distinction between a member of parliament being a delegate, who is mandated to vote as instructed, or a representative, who follows his beliefs as Jeremy Corbyn used to do.

McKinnell’s statement, printed in Friday’s Journal, is more nuanced. She said she could not give Theresa May a blank cheque and allow her to leave the European Union in a way that could be “enormously damaging” for the region. McKinnell plans to support an amendment requiring greater consultation when  the committee stage of the Bill is debated this week. More awards are on offer here for Members who speak up for the right of parliament to oversee the most fundamental change to the United Kingdom in our lifetime. It is unfortunately  forcing us to hold hands squirming our way down Pennsylvania  Avenue.

The Journal letter writers will be sharpening their pencils to say that my side lost the referendum and that I should accept the result with good grace. The arithmetic was not  that convincing. The  Leave majority  was far less than would be required for a Trade Union to call a strike or for parliament to be dissolved.

I may have lost the vote but I have the right to protest on every street corner dishing out awards for heroism to any one  I find dodging the flack. This brings me with a drum roll  to the first gold award.

Sometimes you can be brave by just doing the day job. That is what James Robart did this week in a court in Seattle and for which he receives the gold award.  It takes courage to stand up to the President of the United States who was quick to criticise him for making a “ridiculous decision”.

The Trump administration justified banning people from Muslim countries by reference to the 9/11 attacks. Judge Robart pointed out that none of the terrorist attacks in the United States were committed by foreign nationals arriving from the seven countries banned under the order.  He was ”asked to look and determine if the executive order is rationally based” he told the Justice Department attorney, “and grounded in fact instead of fiction.”  It is not.

Judge Robart gets the award for calmly picking up the facts of the matter and not getting swept away by the storm. A demagogue is dangerous when pronouncements lose touch with common sense reality and must be countered by innumerable small points of order.

It is easy to say that Trump will blow himself out and that ham fisted advisors will flounder. We cannot rely on them to  cock up. Steve Bannon, the self styled Thomas Cromwell at court who sits on the Security Council, expects a 50 year Trump dynasty  and  foresees a  necessary  war in the South China seas to make America great again. Even if there is only a small chance of these wild predictions coming true, we must stand up to them now.

So turn up for the award ceremony at Grey’s Monument on 20th February. There will be a huge turnout to protest that Trump is not welcome here. I hope James Robart is packing his bags to collect his award. He may have triggered a constitutional crisis and I would like to shake his hand.